Plant a tree in memory of Louis
An environmentally-friendly option 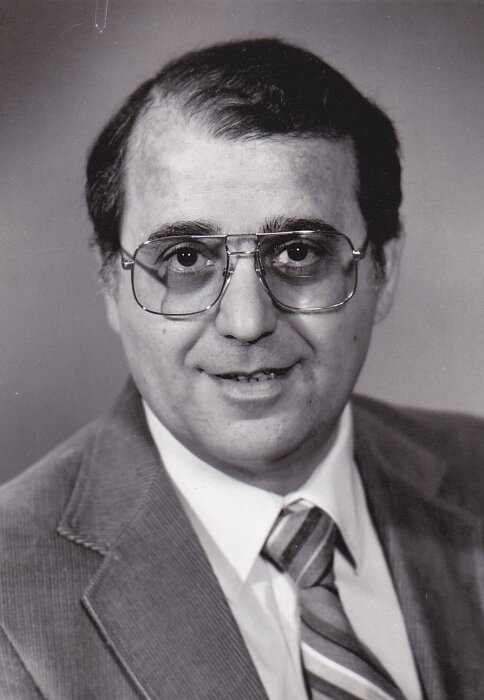 Louis Bartholomew (Lou) Caruana was born March 5, 1937 to James and Katherine (Sidote) Caruana in Norwich, New York along with his identical twin brother Joseph (Joey). He grew up in McDonough, New York and attended Oxford Academy, graduating in 1956. He and brother Joey enlisted in the Air Force in 1958, ultimately being assigned to the medical lab at Sheppard Air Base in Wichita Falls, TX after training at Lackland and Fort Sam Houston, both in San Antonio, TX. While in Wichita Falls, he met the love of his life and soulmate Joyce Emogene (Jean) Bowman, whom he married in May of 1960.

After leaving the Air Force, he worked at medical labs in Wichita Falls and Garland, TX, hospitals while studying at Midwestern University, where he earned a Bachelors of Science in Biology followed by a Masters of Science, also in Biology. He was offered a position as Lecturer in Health Professions while he was completing his Masters coursework, opening the next phase of his life in academia. He was hired to instruct at Southwest Texas State University (now Texas State) satellite campus in Temple, TX before completing his Masters coursework. During his 26 year career he ascended to Professor, earning a PhD in Curriculum and Instruction from Texas A&M in 1986 along the way. In 1988 he was relocated to the main campus in San Marcos, TX, where he served on several faculty committees during the remainder of his career, including the Faculty Senate. After retirement in 2002, he was given the title Distinguished Professor Emeritus for his lifetime achievements for contributions to the field of Clinical Laboratory Science. After retirement, he led a study of Sarcoidosis which resulted in his final publication credit during 2019.

Preceded in death by his beloved wife, Jean, and his sisters Mary Manley and Frances Nesbitt.

Plant a tree in memory of Louis by clicking here.
To send flowers to Louis' family, please visit our floral store.

Plant a tree in memory of Louis
An environmentally-friendly option

Plant a tree in memory of Louis

8 trees planted in memory of Louis

With love from your oldest boy, Louie

I couldn't have asked for a better father or hoped for a better gift from you than your approval and love. Thank you for the work you did to give mom and us boys the opportunities we've had.
With love from your oldest boy, Louie

I was very saddened to learn of Louie’s death. He worked tirelessly as the Admin to a noir film group on Facebook. He will be missed by many. My sincere condolences to his family.
Dianne Cooper

A Memorial Tree was ordered in memory of Louis Bartholomew Caruana by Dianne Cooper.  Plant a Tree

A Memorial Tree was ordered in memory of Louis Bartholomew Caruana by Betty Hoffman Eubanks.  Plant a Tree

I was very saddened to learn of Louie’s passing. I will always remember his tireless work on Facebook as the admin of the Classic Film Noir Lovers group. He has taught me a valuable lesson...tomorrow is not promised and to appreciate your friends each day. My heartfelt sympathy to his family members

Thank you for many contributions to our profession, especially TACLS.  You will be fondly remembered by all the students and professional MLS you mentored. My condolences to your family.

Plant a tree in memory of Louis